Taking an off road island tour is one of the very best ways to get a close up look of out of the way villages and how the people of this wonderful little island live their lives.

Although we have done an island tour many times in past we had never done an off road tour and I had wanted to for a long time.

An opportunity arose not long ago when a friend of ours came to Barbados. Being a first time visitor she wanted to see the island so we decided to take her on an Island Safari Tour. 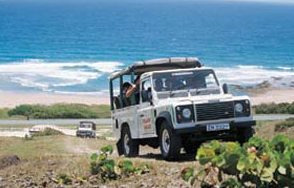 They have a number of different kinds of tours the one we chose was the "adventure tour" it was about six hours long and covered parts of the island that are rarely seen by tourists as they are so out of the way and off the proverbial, "beaten path".

There are a couple of tour companies that specialize in off road tours but the one we chose was the Island Safari Tour mainly because of the many good things that we've heard about it from friends,they are the originators of 4x4 tours I believe.

And what a great experience it was.

The average tourist doesn't get to see the off road little know about secrets that you don't hear or read about in brochures.

The driver - guide was a very entertaining fellow and had a great amount of knowledge about the island that he happily shared along with some local stories and folklore.

He was great fun and as we drove through little villages, or people saw him coming down the road he would get waves and shouts of greeting, it seemed like everybody knew him.

The tour of the Northern end of the island was fantastic showing a part of the island that is entirely different from the rest of Barbados. 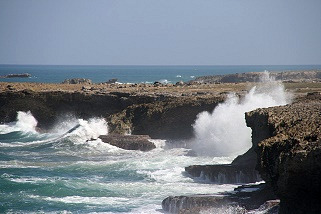 It's rugged wind swept relatively flat terrain leading to steep coral cliffs that have been carved out by the sea, with the Atlantic Ocean crashing against them was an awesome sight.

The East Coast was another treat, although I had visited it many times in the past, it seemed like it was my very first time mainly because of the many, wows, expressed by the first timers to the island.


The contrast of the North and East to the central part of the island, which is mostly agricultural is amazing with field after field of sugar cane.

After having a great lunch and a few drinks we were on our way to see the rest of the eleven parishes. If you want to take photographs I suggest that you sit in one of the rear seats to make sure you get an unobstructed view.

The vehicles are outstanding - powerful four wheel drive Land Rover Defenders the ideal model for the kind of off roading Island Safari does.

The six hour Island Safari Tour went by much too quickly, It was a fantastic off roading Barbados island tour that I would recommend to everyone.